A celebration on the second Sunday of May honouring the mother, at the instance of Anna Jarvis who on 12th May 1907 held a memorial service for her late mother at a Methodist Church in the US. A national holiday was declared in 1914 by the American President. Considering the fact that in India we have only around a dozen national holidays in a year, the day and the celebration has become very significant within a short period of time .

While motherhood and mothers are celebrated from ancient times in several countries, the Christian festival of “Mothering Sunday’’ has been celebrated in UK on the fourth Sunday of Lent , since Middle Ages. It was a day for special services as people returned to their mother church or their main church where one was baptized. It wasn’t uncommon for children aged 10 years who were working far away, to return for a reunion with their families.

Eve was not just the first woman but the first mother whose name finds mention in Genesis 3:20. Her name is a reflection of the Hebrew word “life” and she is the “Mother of all the living”.

At least four of the important women in the Bible were barren for a long time and they conceived when God chose to open their womb. Sarah being the wife of Abraham became the mother of the nation of Israel. Her daughter in law Rebekah’s womb was opened when Isaac prayed for her. Hannah’s heartfelt prayers led to her giving birth to Samuel. Elizabeth like Hannah also gave birth to a prophet.

Bible also records women like Miriam , who rose up in the patriarchal society. Though Jochebed was the mother of Moses, Miriam was the first woman in Christendom to be a prophetess -her role in raising Moses was very significant . Equivalent if not more than her mother’s.

Esther the queen of Persia, mothered Darius II who would later rebuild the holy temple in Jerusalem. She modelled beauty, humility, brains and courage. Risking death, her acts make her stand out in Christianity as a liberator.

Deborah called the “Mother in Israel” because of her faith, her wisdom, her fairness and her obedience to the Lord, is the only female judge.

Many women were instrumental in mothering Christianity. They helped spread the gospel :

Lydia the entrepreneur who sold purple cloth was successful in the trade. She is the first documented convert to Christianity in Europe. The Bible records that Lydia led her entire household to Christianity. She hosted Paul and his company in her home which made it easy for them to spread the gospel.

Phoebe is portrayed as a leader, a deaconess in the church of Cenchreae. She carried, delivered, and read Paul’s letter to the Romans, something that was crucial for the formation of Christian Theology.

Priscilla was a leather tent-maker. In Corinth, she and her husband collaborated with Paul in the business of tent-making. Together with her husband, she accompanied Paul on his missionary work to Ephesus, spreading Christianity to the world.

And above all mothers, Mary the most blessed among women, who gave birth to the Messiah, and raised him. She was very much there on the scene of Jesus’ first miracle at Cana and of course to the very end at the foot of the Cross.

Christian Mothers play several roles in moulding and enriching their children: “not just the physical body but the spiritual one too”. Lita Srinivasan is an advocate practising in the Madras High Court . She worships at the Emmanuel Methodist Church, Chennai. Lita is married with children. She enjoys motor sports at the national level and BSF classes equally. 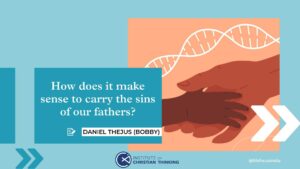 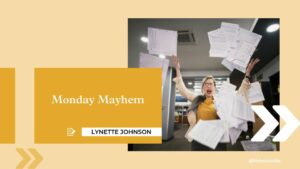