Recently our Speaker Neil Vimalkumar answered questions for tweens and teens at his Church’s Vacation Bible School. Catch up on these responses in a series #dyk?

Teens, hit us up with your questions on faith, life and anything in between. We’ll get back to you ASAP.

If God was fighting for Israel in the time of Joshua, why isn’t He doing it now when Israel is fighting Palestine?

Yours is a perceptive question. Good that you are following the news!

God loves all people – good and the wicked. In Matthew 5:45, we read the words of Jesus – ‘God sends the rain on the just and the unjust’. In II Peter 3:9, we read, ‘God does not want anyone to perish’.

By the way, if God only favoured the just, you and I might also run into a serious problem. We haven’t always been perfect.

When God called Abraham, who is the Father of Faith (Genesis 12), it was not only to bless Him, but to bless all the peoples of the earth through him. But in Old Testament history we find that the Israelites completely missed the point.

While the Israelites enjoyed God’s protection and favour in some of their wars, they were also at the receiving end of God’s wrath – and suffered miserably throughout their history. We find that they were obstinate, rebellious and idolatrous. So, it is wrong to assume that God always helped Israel and fought against the enemies. In fact, the reverse is also true (example, pagan king Nebuchadnezzar ravaged Jerusalem about 600 years before Christ).

On the other hand, under Joshua’s leadership, Rahab, an immoral woman part of the enemy’s camp, was received into the fold of the Israelite community. She eventually becomes a forerunner to Christ in His biological lineage (Matthew 1: 5). The God of the Bible cares for the stranger, the outcast and the foreigner.

God cares for the Israelites and the Palestinians. Interestingly, most of the Jews in Israel today are secular Jews, few of them religious, and there is also a minority of Messianic Jews (Christians). There are a number of Arab Christians in Palestine. And remember, God loves everyone.

Yes, the formation of the Israel state in 1947 is deemed a miracle. Further, the six-day war in 1967 when Israel trounced all her enemies is considered another historical miracle. You might love reading up more on that not-distant history.

It takes the Sovereignty of God to orchestrate His good plans for a race, a community, a tribe, a nation and every individual at the same time.

Meanwhile, yes, we are chosen to be a blessing. We can truly sing the Sunday School song: ‘Many sons had Father Abraham. I am one of them and so are you…”. Heaven, but not Christ | Hopes & Fears I Am My Own Saviour | Hopes & Fears 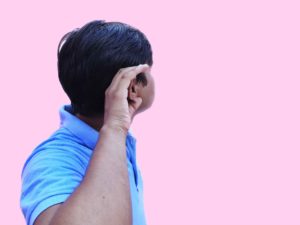 #DYK: Why doesn’t God speak to us today?

Coming to a personal knowledge of Jesus Christ during his college years, Neil Vimalkumar Boniface, Speaker & Ministry Director, developed an interest to share and engage with others on the reasonableness of the Christian faith. This pursuit has taken him to many places and innumerable campuses over the last 20 years. He thrives on the interaction time during his sessions which he finds mutually enriching. Apart from his engineering degree, he also holds a Master of Arts (Honours) in Theology from SAIACS, Bengaluru and another Masters in Science and Religion from the University of Edinburgh. He is currently pursuing a part-time PhD in Christian Studies. He believes education needs to be wholistic and transformative.

Life doesn’t come with a manual, but with a mother. And we thank God for that. Lita Srinivasan lists the fabulous Moms from the Scripture. Spirituality
A DAY TO CELEBRATE ﻿MOTHERS: And why not?
Life doesn’t come with a manual, but with a mother. And we thank God for that. Lita Srinivasan lists the fabulous Moms from the Scripture.
Guest Contributor